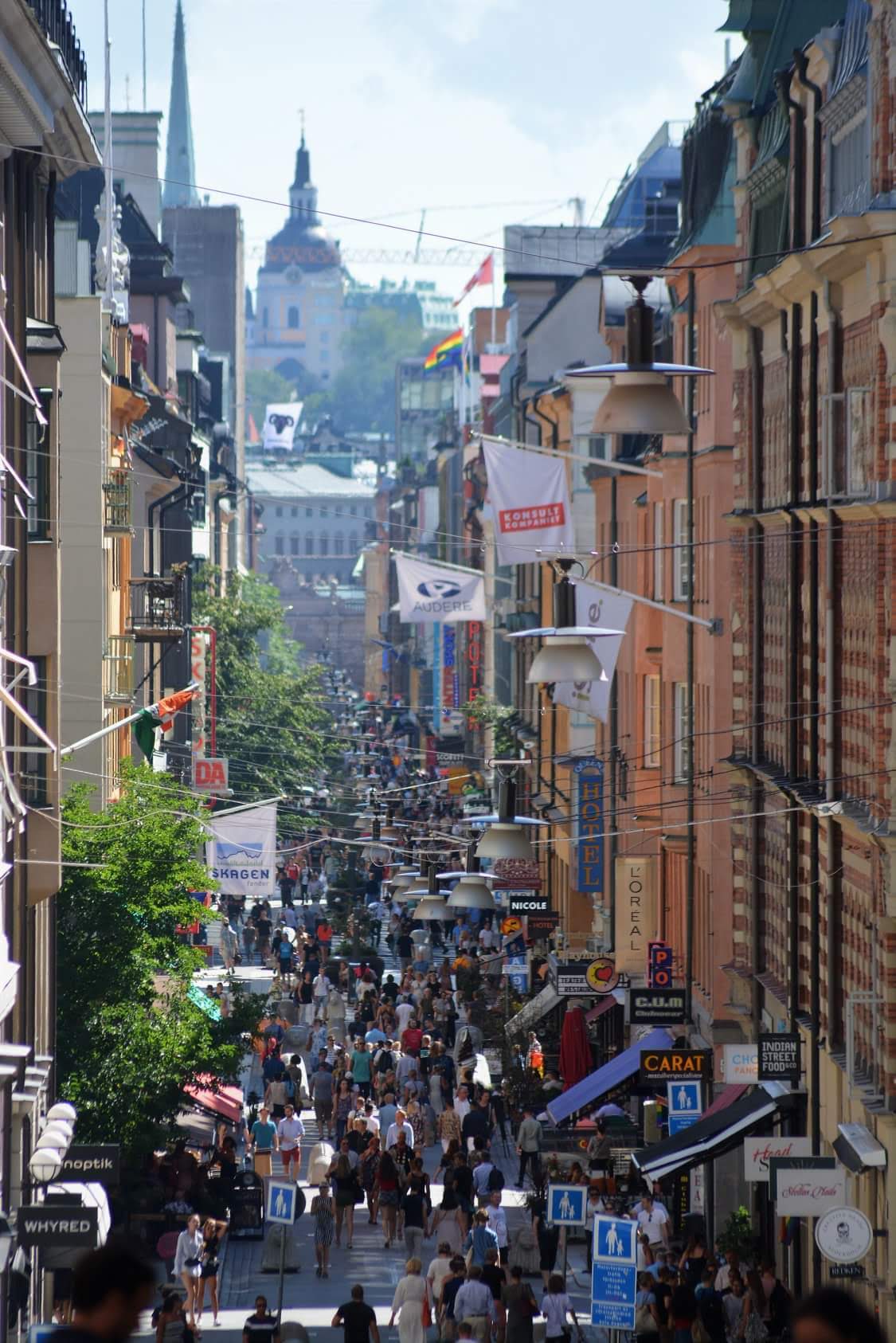 Drottninggatan was one of the very first streets in Stockholm to be pedestrianized (along with Biblioteksgatan) in the mid 1960’s. It is also the city’s longest pedestrian street. The area is rich with shopping, restaurants, cafes, offices, entertainment and typically buzzing with activity.

Important to note is that pedestrian only streets existed in Stockholm prior to the pedestrianization of Drottninggatan. A prime example is the largely pedestrian network of streets and passages in Gamla Stan (the Old Town and heart of the city). The frequent reference to Drottninggatan then as one of the first streets in Sweden’s capital to be pedestrianized references the prior existence of motorized traffic.