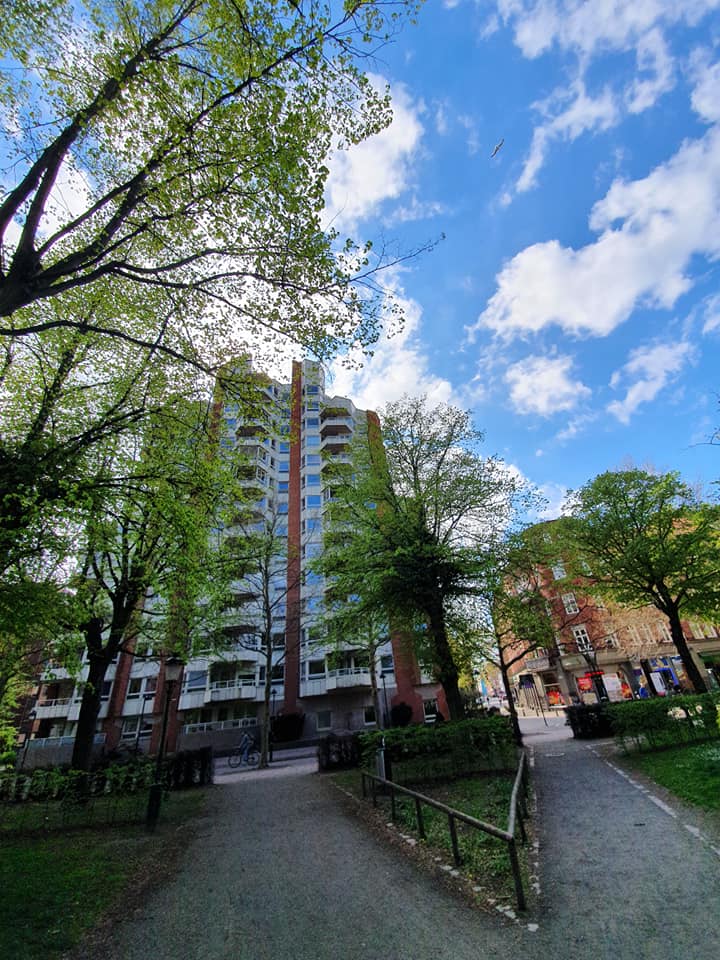 I am a walker at heart but grew up in very car-centric suburbs in southern California. I grew up accustomed to car commutes for everything from basic errands, driving to school and getting to and from leisure activities.

Malmö, my father’s hometown, was where we spent summer holidays. It was in this southern Swedish city that I became familiar with walking and public transportation for mobility needs as normal, easy and very practical.

Those summer holiday memories moving around the suburbs and city of Malmö by foot and bus left an impression that I didn’t realize was so significant until decades later.

I later began to experience living in diverse urban regions across North America and Europe with accessible and efficient public transport as well as high degrees of walkability. But I look to Malmö as the first city in which I experienced walkability as a fundamental aspect of community and space.

It was in 2001, moving to Seattle for my first job out of university, that I began to experience city life for the first time as a resident. I quietly thrilled in the dimensions of urban life- the daily walks for errands and access to a public transportation system that I could also rely on for movement around the city.

It was then that my interest in walkability, public transportation and related issues formed in a more academic and creative sense. I began photographing city spaces all the time and sidewalks and streets have been a central focus ever since.

Propelled by this growing interest in issues of urbanism and planning, I moved to Sweden where I completed a Master’s in Spatial Planning with a focus on the Built Environment at Kungliga Tekniska Högskolan in Stockholm. I would later return to the USA where I completed my second Master’s (Historic Preservation Planning) at Cornell University.

On another familial note, my mother grew up in Manhattan and over the years, NYC occupied a special place in my mind and memory, forming a great deal of my own “imagination” about cities, the up’s and down’s of urbanism and the potential for cities as spaces of innovation, connectivity, great cultural exchange and inspiration.

It was in early 2020 that I heard of the 15 minute city concept. I recall perking up when I began to read about this idea (that resident’s should be able to reach all their daily needs and amenities within 15 minute bicycle ride or walk) because this was precisely the aspect I treasured so much about the central Swedish city we currently inhabit.

Örebro (which is approximately two hours from Sweden’s capital city Stockholm), is a textbook example of the 15 or 20 minute city and since we moved here in 2018, it is an aspect of the city I have valued deeply. I don’t have a car and rarely use the bus, though when I choose to, I know it will typically be reliable and efficient.

I walk everywhere- for groceries, to various playgrounds, to the hospital and clinic, to many restaurants, shopping needs and often just for pleasure, movement and to enjoy the season changes in the city.

During late Spring of 2020, I began to notice an uptick in media coverage about streets and public spaces. Due to pandemic related restrictions, urban communities around the world were beginning to reevaluate their use of public space for collective benefit as well as in response to safety measures.

I soon realised that a seismic shift, not only in perception but also action, was occurring with regards to how we view and use sidewalks and street space.

In May 2020, I established @pedestrianspace to begin to follow and explore coverage of pandemic related pedestrian initiatives as well as more broadly issues related to pedestrianisation in the media.  Fantastic historic examples of pedestrianization initiatives are numerous and in recent decades cities and organizations across the globe have focused on more car-free areas, urban greening and varying mobility for sustainability goals. The circumstances of 2020 catalyzed interest in pedestrianization to a new and profound level.

The momentum initiated by this catalyzing force compelled me, on an individual level, to begin developing a research plan and media platform (this website) related to a range of themes related to walkability and pedestrian initiatives.

At the heart of this project is the interest in sustainable urban development and truly liveable communities. I launch this website this first month of 2021 as a place to chart and share my own research in development and also as a collaborative media space to welcome features from others working with similar themes.