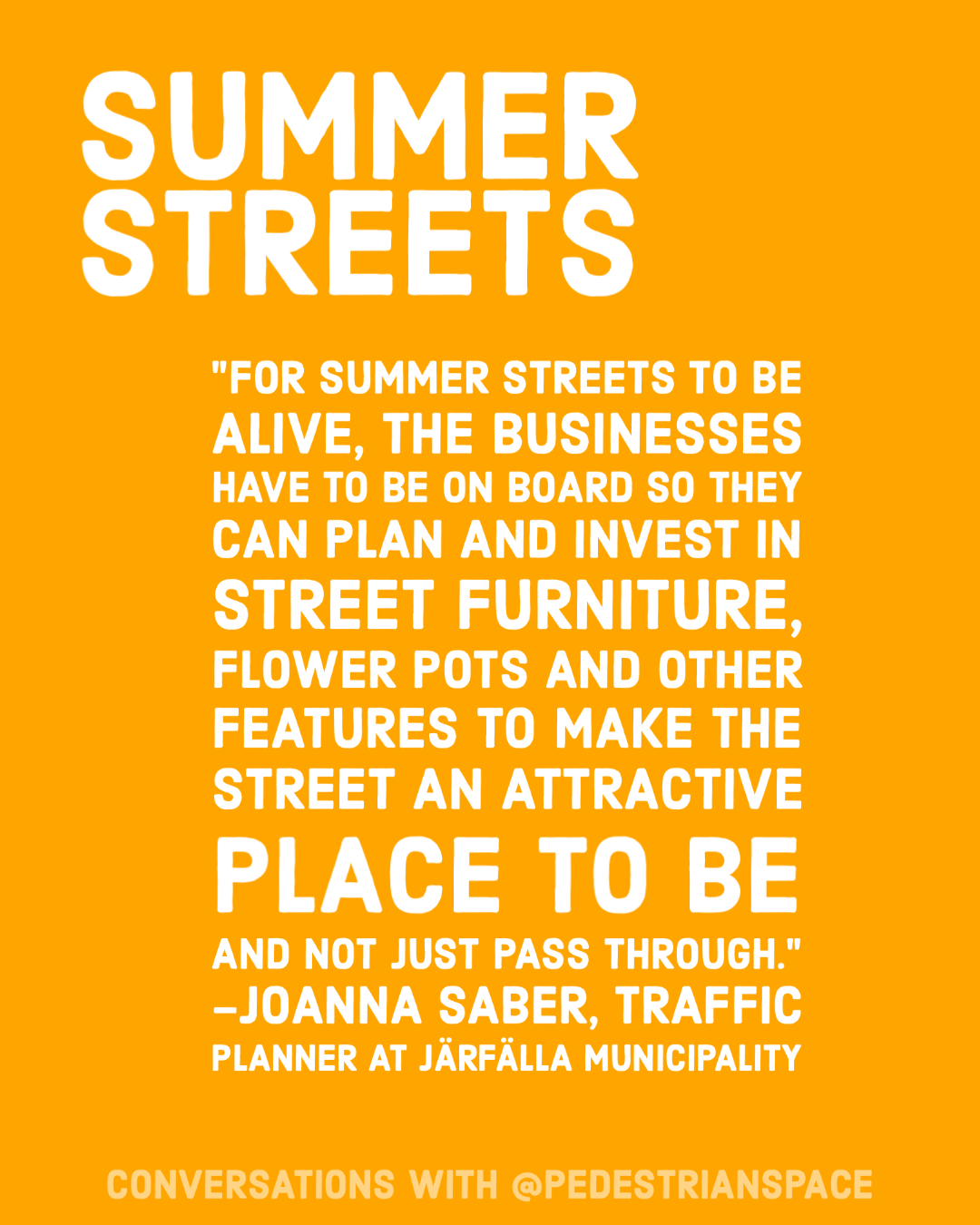 We recently spoke with Joanna Saber about her 2017 thesis work at Kungliga Tekniska Högskolan -“En plats att vara på- Den tillfälliga gågatans inverkan på Stockholms stads- och näringsliv.” When we asked what inspired her research, she reflects that there is often retail opposition to pedestrianisation with concerns that there will be less business & reduced flow but that the research tends to prove the opposite. She read international research and wanted to investigate if the correlation could be proved in Sweden as well. Due to a lack of such studies in Sweden, she decided to do her research focusing on temporary (seasonal) pedestrian initiatives in Stockholm. We will soon be interviewing Joanna, who is now a traffic planner at Järfälla kommun on her research, pedestrian initiative she launched in Järfälla, & more. Coming soon at pedestrianspace.org.