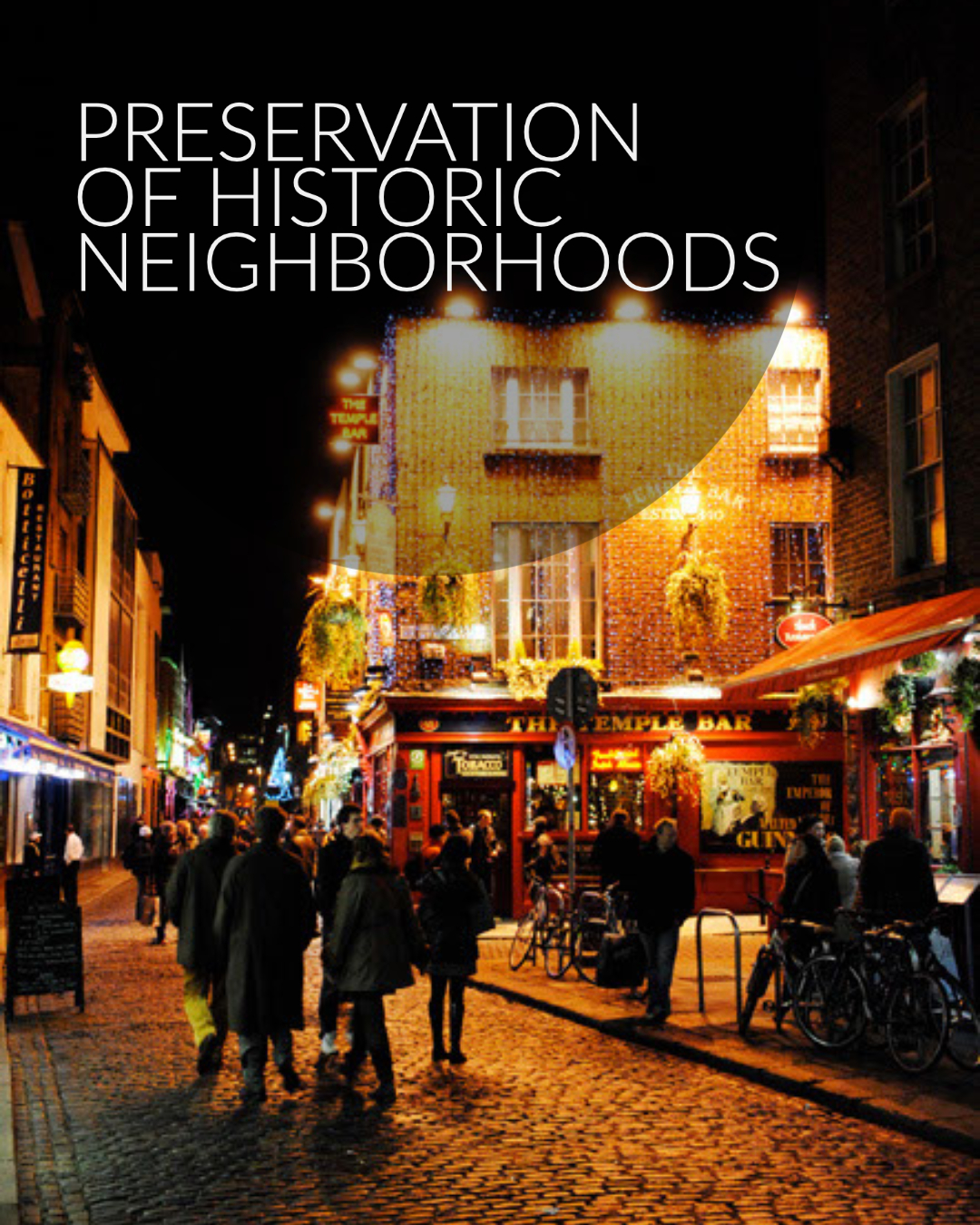 Preservation of urban heritage via pedestrianization efforts are a central focus of our research. Preservation, in this case, refers to architectural legacy and built environment as well as economic and cultural revitalization of historic urban neighborhoods.

Pedestrianization of city centers and urban cores of European cities offer multiple examples as case studies for a range of walkability issues. As of 2021, many cities are launching new car-free measures in their urban cores and various historic neighborhoods (or increased restrictions on motorized traffic) that may then serve as contemporary examples as well.

As cities increasingly focus on sustainable urban mobility in the 21st century, pedestrian initiatives will become more prevalent. Looking at best practices, common challenges and a range of examples will form a core part of our approach in analyzing the benefits of pedestrianization for the preservation of urban heritage.