In September 2019, Pedestrian Space Founder and Editor Annika Lundkvist conducted this interview with Terje Elvsaas, former communication advisor for the Car-free Livability Programme, Oslo Municipality for another platform. We reshare it here in the spirit of looking back at Oslo’s car-free developments as well as plans to cover current developments in upcoming coverage.

What led to the establishment of the Car Free Livability programme?

Terje: The Car Free Livability Programme initiative was established to create a greener and more inclusive city with room for everyone. By reducing the area designated to private cars, we allow more city life in the streets. The aim is to create a better urban environment within a large area of the city center (approximately 1,3 km2) during the election time period of the City Council (2015-2019).

The primary focus of the initiative is to improve city life and reducing traffic from private cars is used as means to achieve this. Areas previously occupied by cars can now be used by the municipality, organizations, businesses and inhabitants to everything from outside dining, events, culture activities, art, bicycle stands or playgrounds.

What role does the Car-free livability programme play in the overall scope of Oslo Muncipality’s profile as Europe’s Green Capital of 2019?

Terje: All together as a part of improvements in cycling and public transport infrastructure, the introduction of car free zones, and encouraging the use of electric vehicles, will not only help the city reach its climate goals, it will also greatly reduce air and noise pollution, and enhance the urban environment for its citizens.

The main transport objectives are to reduce car traffic by 20% by 2019 and by 33% by 2030, thus significantly increasing the share of public transport, cycling and walking. The Programme can be seen as an important part of the Municipality’s climate work since it also illustrates how we give room for city life and soft mobility. In others words we turn the traditional traffic pyramid upside down, and in particular don’t favour the private cars anymore.

What types of specific developments will this programme bring for pedestrian life and safety as well as other aspects of a more livable city centre?

Terje: Oslo will have even more pedestrian streets and pedestrian-friendly urban spaces. The pedestrian network in the city centre will be expanded and the areas in the city where people and city life are prioritised will be more closely connected together. In the Oslo of the future, it will be possible to move freely and safely in a coherent, city-wide network of urban spaces adapted to pedestrians and cyclists.

This is a long-term development, but the transformation is already underway as part of Car-Free City Life. Dronningens gate will be transformed into a pedestrian-friendly cultural district so as to facilitate a varied city life.

In total, 760 street parking are now removed. An active city life cannot be adopted, but it must be created by cooperating with businesses, organizations and residents in the city. People in Oslo have been and will continue to be invited to provide their input through meetings, seminars, campaigns and more.

According to polls, more than 50 percent of the inhabitants of Oslo are now positive to a city center will less cars.

How have other municipalities in Norway responded to the plan?

Terje: We have had a lot of interest from other cities in Norway. We’ve had visitors from cities like Trondheim, Sandnes, Sarpsborg, and several municipalities. We’ve also have been seeing a growing interest from students who will focus on Oslo and the car-free idea in their thesis.

Have there been any formal (or informal) collaborations or visits by representatives of other municipalities who are curious to learn more in order to do something similar in their own urban environment?

Terje: Yes, the international interest has been much greater than the national we must say. Especially this year we have had many visitors from abroad. We have had presentations and guided tours from delegations coming from New York, Buenos Aires, Amsterdam, Lahti, Berlin, Edinburgh, Gothenburg, Helsingborg and Copenhagen – just to mention some of them and from different administrative and political levels.

Can you list a brief overview of the key principles of the plan to establish a more car-free and livable city centre?

Terje: Back in 2015 the City Council ordered the “Action plan for increased City Life 2018-2027” as a follow-up on the City Life Survey done by the Gehl Architects. When the Livability Programme was launched the Action plan also got a role in the Programme. The basic thought is that when you remove a number of private vehicles in the inner city centrum the possibilities for a more vibrant and diverse city center will start growing. The action plan is a tool to exploit this room for maneuvering, and it’s supposed to inspire the municipality and the civil life to action for increased city life. In the action plan, city life is being defined as an interaction of seven factors in the city; city economy, art & culture, mobility, people, architecture, innovation and nature.

The general strategies from this Action Plan can be summarized as three overall strategies that highlight what already works as well as points to areas where the potential for improvement is great. The strategies shall promote a comprehensive, multifunctional and diverse city life, diversity in use, diversity in users and diversity in experiences. To increase city life, it was recommended that the Municipality started working with improvements for connections to and through downtown, increasing interaction and synergies between target points in the city and highlight and activate hidden urban spaces.

These are strategies and recommendations that we have been included in the Car Free Livability Programme and our own action plan. So when parking spaces are being removed, pilots were established to test new outdoor furnitures, and we establish better connections for pedestrians and cyclists and are using art in urban spaces as a grip to make urban spaces attractive, facilitating children and elderly and improving the city’s basic needs with water and public toilets. Everything can be seen in context with the long term action plan for increased city life.

“Change creates emotional reactions, and the City of Oslo’s climate strategy is one of the most extensive changes the city will experience in recent times. Oslo has ambitious climate targets for 2030: cutting the city’s greenhouse gas emissions by 36 percent by 2020, and by 95 percent in 2030. Oslo has received broad support from its population regarding this work. Three out of four support the overall goal. Almost 40 percent say they are willing to use their car less so that Oslo can reach the ambitious climate targets.

At the same time, we have to take seriously the fact that there is uncertainty, and also resistance, regarding a car-free city centre. This is why work is being carried out regarding information, brainstorming, dialogue, co-creation and joint events with various trade and industry companies, cultural life, volunteer organisations and the population at large. City life is created by the users and actors in the city centre, not by the City of Oslo. The City of Oslo will present the possibilities and scope of action that develop when more room is provided for other activities.” (Oslo Municipality, Climate Survey 2018).

Where has some of the most resistance as well as criticism come from in terms of sectors of population or specific concerns?

Terje: The acceptance in the community is mostly positive. We have completed surveys in 2017 and 2018 (we still haven’t got the results from 2019) showing that more than 50 percent of the population in Oslo is pro- car free city center. And last year Oslo, for the first time, had more people travelling with public transportation than with cars. But there are groups that are against the development, that want things to be as they were, and they make noise. This is mainly the shop owners and their interest groups. Fortunately, the cooperation with business is steadily improving. We have regular meetings with different audiences. There is also « knock on door-activities » for the local actors in the streets that we are planning for pedestrianizing.

What changes are you seeing from a municipality perspective already with the car-free program?  What about as a citizen experiencing the city on a daily basis?

Terje: We have to accept that changes take time and it takes time to implement major physical measures in the city change. It’s now that people really see what the city has got. As long as you are in the phase of planning and digging, it is more difficult to get people to see the values.

We are conducting an evaluation of the Car-free Livability Programme where the business community, the people of Oslo and people on the streets are asked how they experience city centrum, what they know about the Programme and what they think of measures that have been implemented. Evaluation is carried out according to the same method as the urban life survey from 2014. Reference years are 2017, mid-term evaluation were done in 2018 and final evaluations are planned for 2019. The knowledge such surveys provide is important for how the municipality will continue to work after 2019 with increased urban life.

Terje: On behalf of the Municipality, a City Account for the center of Oslo has been implemented. This was carried out in 2016 and 2017. The goal of this was, among other things, to establish a common zero- point basis to see how changes in urban spaces affect trade. Another aim has been to establish a method for how and with what parameters urban economy can be measured. This work has not been completed.

How do you think the programme can inspire others municipalities in Norway, elsewhere in Scandinavia but also around the globe, to put the interests of environment and livability forefront in urban planning measures to increase more space for pedestrians and bikers as well as more potential for human activity at street level and in public space?

Terje: I think that we can inspire other cities and municipalities by showing what we have learned and what we have done. It is these experiences that are central in working with urban life in a longer perspective. Here we have a lot to convey. We have worked actively with urban logistics. The role of private cars should be reduced, but urban logistics still must work. Likewise, we must make the city accessible for people with disabilities as well. Experience from this work will have great transfer value. And lastly I will mention the principle of the “new” streets in our zoning plan. The “marked streets” – a shared space street where the pedestrians are given most of the space, but where the cars still have a narrow lane in the middle. This is perhaps a more realistic way to move for many cities if they don’t want to go the long and hard way. 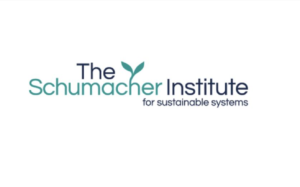