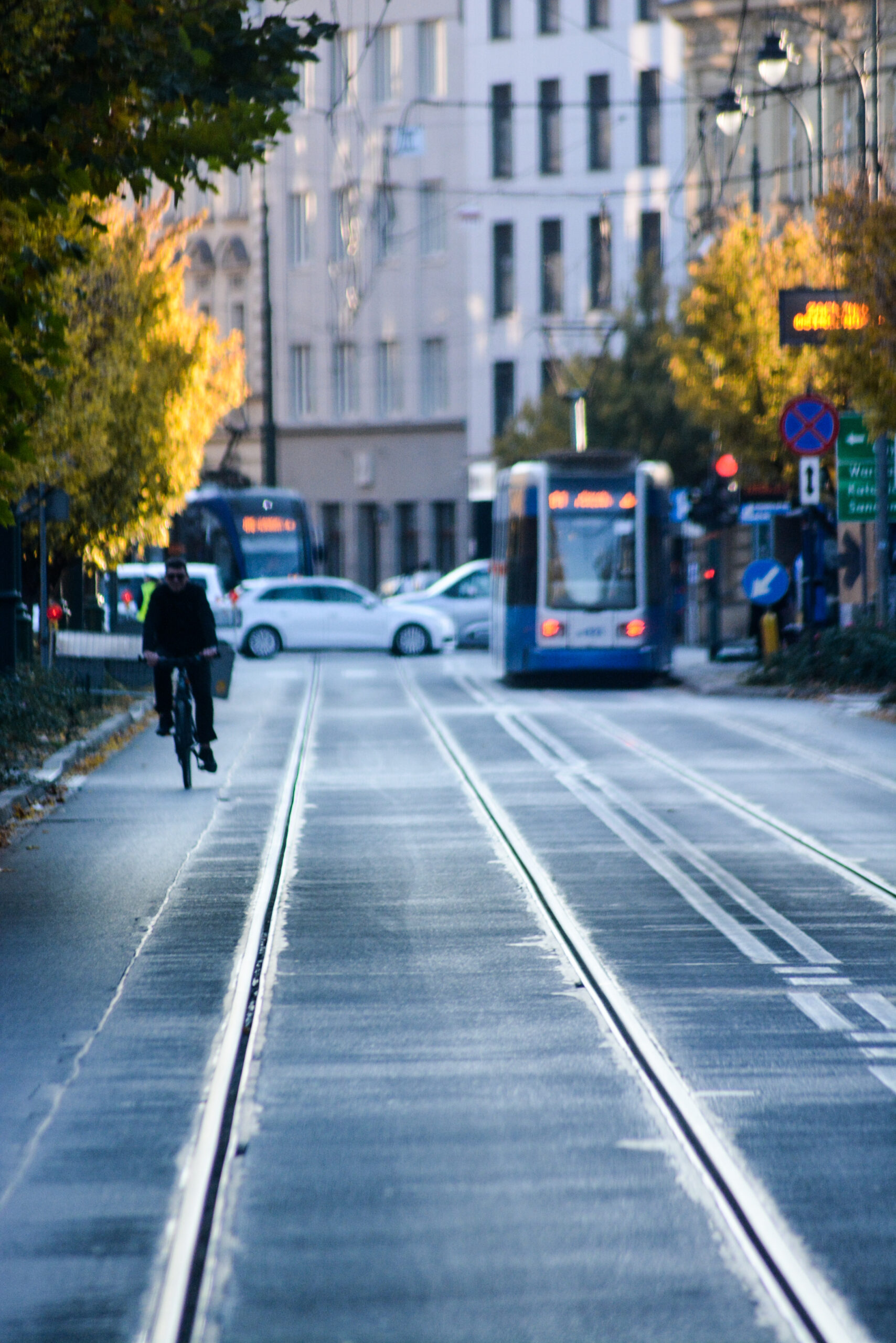 We’ve been in the region for almost two months now and my growing sense is that urban mobility in Kraków is truly in a complex, dynamic and challenging phase right now.

A recent (and fairly typical) scene in Kraków on a weekday late afternoon. The characteristic thick traffic to the left there can begin easily mid-afternoon and remain that way through evening ‘rush hour’.

However, great walk and cycle paths are present and beyond the traffic there is a dedicated two-way tram line.

There is a dynamic and challenging picture of mobility here, with strong public transit use and pedestrian connectivity and activity but also low modal shares of cycling and often very heavy car traffic.

Scenes above and below from November 1, 2021 in the city of Kraków. This is a significant day in Poland and a national holiday. While much is closed, public transit is in operation that day and is an important form of transportation for many moving around the city.

On All Saints Day, several changes are made within public transport to accommodate the traffic of the day- some lines running with increased frequency, special routes introduced for the day and certain lines running later than usual.

The bus and tram system in Kraków (managed by MPK Kraków) is extensive and are popular form sof transportation. There are historic tram cars in use as well as new fleets. The tram network is a strength of Kraków’s local public transit and we look forward to learning more about it as well as how it is improving with time.

Rounding off this post with some recent images from the beautiful Planty Park in Kraków, a 4 km long public green space which surrounds the car-free, original medieval centre of the city, which is also a UNESCO World Heritage site. Planty Park is a beloved local green space and urban park and quickly has become one of my favorite city spaces as well.

Pedestrianspace.org is a young and growing platform. My Editor’s Notes often function as casual updates and local observations but I look forward to developing them with more structure over time.

As always, several interviews and coverage are in the works. Stay tuned!

Photo: With my youngest at Rakowicki Cemetery in Kraków on November 1, 2021